FINANCE COMMISSION FROM FIRST TO FIFTEEN 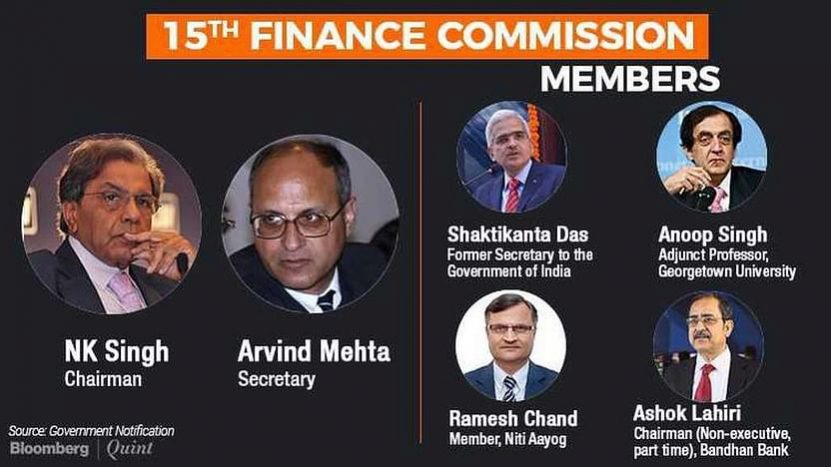 Article 280 of the Indian Constitution defines the scope of the commission:

.The President will constitute a finance commission within two years from the commencement of the Constitution and thereafter at the end of every fifth year or earlier, as the deemed necessary by him/her, which shall include a chairman and four other members.

.Parliament may by law determine the requisite qualifications for appointment as members of the commission and the procedure of selection.

3.The commission is constituted to make recommendations to the president about the distribution of the net proceeds of taxes between the Union and States and also the allocation of the same among the States themselves. It is also under the ambit of the finance commission to define the financial relations between the Union and the States. They also deal with the devolution of unplanned revenue resources.

The Finance Commission (Miscellaneous Provisions) Act, 1951 was passed to give a structured format to the finance commission and to bring it to par with world standards, by laying down rules for the qualification and disqualification of members of the commission, and for their appointment, term, eligibility and powers.

1.Are, or have been, or are qualified, as judges of a High court,

2.Have knowledge of government finances or accounts, or

3.Have had experience in administration and financial expertise; or

4.Have special knowledge of economics

Disqualification for being a member

A member may be disqualified if:

1.He is mentally unsound; and as follows-

2.He is an undischarged insolvent

3.He has been convicted of an immoral offence;

4.His financial and other interests are such that it hinders the smooth functioning of the commission.

Term of office and eligibility for reappointment

Every member will be in office for the time period as specified in the order of the President, but is eligible for reappointment provided he has, by means of a letter addressed to the president, resigned his office.

The members of the commission shall provide full-time or part-time service to the commission, as the President specifies in his order. The members shall be paid salaries and allowances as per the provisions made by the central government